True Radio is the station that plays #ProperGoodMusic right across the UK. We have a team of presenters broadcasting from various locations around the UK and beyond.

We play a mix of music across the decades consisting of a large portion of classic hits of the 70's, 80's and 90's with music from the 60's, 00's, 10's and a few of todays hits thrown in. We target a grown up radio feel, with presenters with personality.

Alongside Proper Good Music we also broadcast the latest UK News Headlines and Weather on air, promote our sponsors that help the operating costs of the radio station and keep us on air and entertain you with our growing team of broadcast staff.

We broadcast via the internet to a huge range of devices and platforms via our broadcast app partners, including online here at trueradio.co.uk, on Android and Apple iOS / iPad OS mobile devices, Amazon Alexa and Google Assistant based smart speakers, in cars through Android Auto and Apple Carplay, Smart TV's, Internet Radio devices, Amazon Firestick, Roku streaming and loads more! If there's a platform you'd like to see us on, get in touch and we'll take a look! Online radio broadcasting is now bigger than ever as the local FM commercial radio and BBC local radio stations look to merge and network content, we launched to create an alternative choice for listeners. We wanted to create a professional commercially sounding radio station with friendly real voices on air.

We are licensed in the UK for PPL and PRS via our partnership with Live365.

The tale of True

True Radio is owned and operating through a partnership between Chris and Dave.

Chris and Dave met working together on an online station together a few years ago. When the parent company of the radio station decided to take a different direction with the station, Chris knew he couldn't contain his dream of being on the air without a station, so together with the help of Dave, they created a brand new radio station. They knew they wanted to create something had a strong brand and identity but also fulfil their love for radio and bring the fun back. 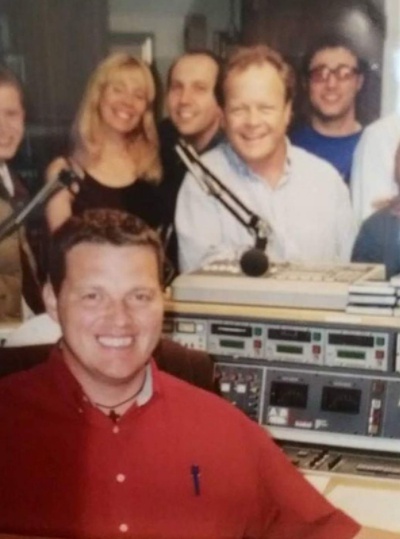 Chris Kelly is the owner and boss of True Radio. Chris has been entertaining the pubs and clubs around the UK and often known as the king of the bars around Barnsley, Yorkshire for many years. In 1998 Chris got his big break into the radio world, after a meeting with the program controller Les Gunn, landing a role on Harrogate based radio station Stray FM (now Greatest Hits Radio Harrogate and the Yorkshire Dales) on drivetime.  Prior to his show on Stray, Chris was trained by BBC Radio 1 legend Bruno Brookes. Outside of broadcasting and running True Radio, Chris is a coach driver and runs his own mobile entertainments business Chris Kelly Entertainments.

The Brains (think Thunderbirds) behind the True Radio brand and sound is Dave Smedley. Dave heads up True Radio's Programming, Production (station sound) and Technical areas, looking after the heart of True Radio. Dave has over 10 years experience working in community radio and working for several years at one of the largest commercial radio groups in the UK looking after their broadcast systems.

True Radio UK was launched March 19th 2020. The station has now grown to a great team working on air and behind the scenes and supported by a growing number of sponsors helping the operating costs and growth of the station.

We'd like to say a huge thanks to our friends who have helped True Radio at PlayoutOne, Aiir, RadioJingles24, Radio News Hub, Radio Travel News, D.I. at Azure Broadcasting and Devaweb/ Ignite Jingles.

Next on True Radio

Download the free Live365 app on your phone to take us with you! Just search for "True Radio UK"